ShirtStock - The Art of Tee

i haven't blogged in ages because I have been busy setting up Wellington's hottest new event ShirtStock - The Art of Tee.

This event is possibly going to be a whole new level of Tee Shirt appreciation in our nation's capital.

the most exciting thing is the Design awards, With five separate categories and the AS Colour Best in Show award there is kudos and prizes up the wazoo.

The Museum Hotel has donated an accommodation package to the supreme winner and AS Colour is giving shirt credit to all category winners and a top up of shirt credit to the best in show.

there are going to be a plethora of the finest tee shirt labels offering their wares for sale, you could conceivably do your entire christams shop in one go. Let's face it everyone tee shirts and noone wants to kick it at the beach in a hellenststeins tee. And people in clothes from the warehouse have a scientifically proven lack of social life.

There will also be live screenprinting demonstartions with shirts to be bought hoyt from the belt and possibly other shirt adornment styles. Not screenprinting but arty and fantastic none the less.

Let's face it if you aren't at the Riley High at Wellington High School on December 15th you have very little chance of someone coming up to you and saying"where did you get that awesome tee shirt?"Tell you friends
Posted by Workshy at 10:24 PM 2 comments: 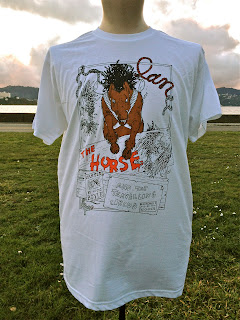 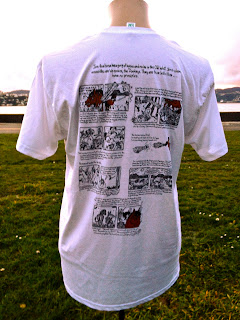 Ian is the most kick ass pony you are ever goona come across.
With an amazing  image on the front and a full story on the back this is next level stuff people.
Ian has a gang of mules and horses in the old west and boy do they get up to some shenanigans.
What sort of shenanigans? I hear you ask;
well you need to head on down to Vanishing Point at 251 Cuba St and read yourself the tee shirt.

Posted by Workshy at 1:35 AM No comments:

Still listening to wax, not using the iPod 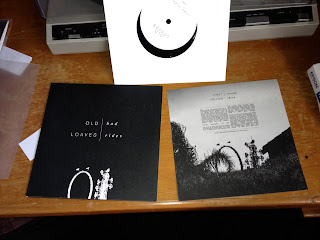 My first ever vinyl sleeve.
Pretty cool.
AS is the record, soundscapey post-grindocre I would describe it if I were a prentitious wanker
Which I am

Cool to see kids appreciating the magic of screen printing.

I print more shirts than I got grey hairs...

...and that's a lot because I got my share 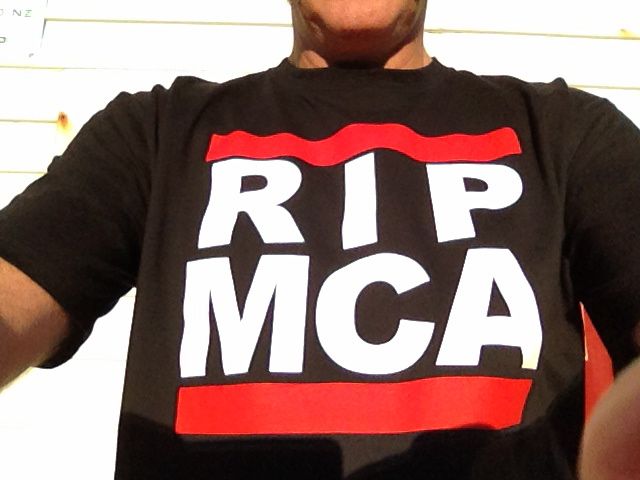 I put that photo in x-lareg in honour of the beastie boys label.
I was wearing this shirt about 7 hours after i heard the sad news.
I was amazed at the number of people that commented on it in the days following.
It seems a very wide range of people were touched by Adam Yauch.
Even if very few of them could pronounce it. I heard the other boys give him shout outs in many many song and never rhymed it with Ouch. Unlike the Radio Active Dj who claimed to be such a long time fan.
I had that Cookie Puss record when you were in nappies son.
I have had the sounds of science in the car stereo all week and am so gutted that there will be no additions to the beastie canon.
What a shame.
Personally I think the reason the BEastie Boys resonate so widely is because so many people grew up with them, and I mean GREW.
Listening to Licensed you wouldn't think that 15 years later these guys, MCA especially, would be at the spearhead of a human rights movement.
anyway I already miss Adam Yauch and I never even met him. ALthough he almost landed on me stage diving at the marquee show in '92.

Posted by Workshy at 9:37 PM No comments:

you can't because it's vinyl.

to be exact a lemonade coloured copy of Orange Goblin's new album A Eulogy for the Damned
Why it's not an eulogy for the damned I'll have to ask Jo but the anticipation involved with this record made me really consider why sticking with vinyl all these years when I have the musical universe at my fingertips has been the best decision.

I preordered this album as soon as I heard of is imminentrelease so I am obviously a saddo and have spent the last month listening to my old OG and looking forward to this arriving.

I got a second set of anticipation when it arrived between moving from Berhampore and the redirection notice kicking in at the post office so I knew it was in the area but not in hot sweaties.

I foolishly picked it up on my way out to the workshop not the way home so I had all day to look at the gatefold sleeve and read the liner notes and lyrics before i got home to play it.
I could have probably got a torrent of the album weeks ago and added to my itunes and enjoyed the songs when they came up on shuffle but the whole ritual of buying and playing the record adds a whole different level to my enjoyment that i feel sorry for the kids that will never experience it.

and just try and make a camberwell carrot on a MP3
Posted by Workshy at 8:10 PM No comments:

Newtown - It's a bit fantastic

Despite the fact that the day started cold and wet the Newtown Fair kicked off about lunch time and was the usual great time.

Lots of friends stopped by the Workshy tent to shoot the proverbial and the punters opened their wallets. Which was nice.

Sold out of this design 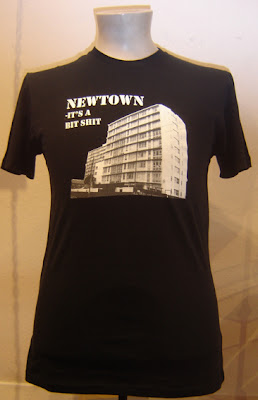 Also sold lots of the We want beer design. And spent the proceeds on delicious Bookbinder.

After which we went to the Wilson Street stage to see Mountaineater play an epic set. SO glad someone put something with balls on stage and not some slack jawed cod reggae welly sound snore fest.
Typically today is a perfect Wellington day, sunny and not a breath of wind but can't ask too much
Posted by Workshy at 12:04 PM No comments:

I have been too busy printing to blog which is a good sign I guess.

I did a really nice CMYK print for Crooked Cider 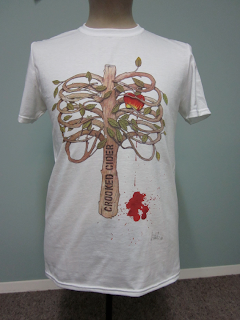 and also have a new Workshy print on the racks 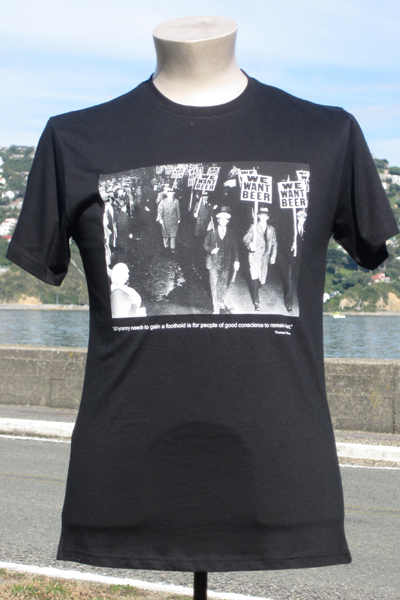 also did a shirt for Get a Grip that I didn't take a photo of and some other stuff i forgot.
WHich is why i bought a big year planner diary today, as I walked in the stationary shop a nice lady put up a 75% off all 2012 diarys sign.
Score one for the procratsinators.

Also moving house this week which is always a drag, and am obsessively checking the long range forecast for the newtown fair on SUnday. Not looking good at the moment.

Damn you Jim Hickey
Posted by Workshy at 8:54 PM No comments:

Either way it's a result...a vacuum table for exposing screens up to A0 in size with double lamp action for under $250.
I got the massive window from a demolition reseller, some upholstory vinyl, a vacuum cleaner with no attachments from a junk shop and the lamps from a retired indoor horticulturalist.
Actually took a month of sourcing the bits and pieces but saved a fortune and the scots side of me is so very proud. 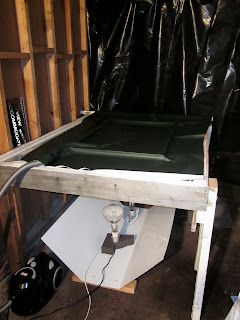